Chelsea drew 2-2 with Europa League qualifier Borussia Monchengladbach in Germany on Saturday, a mixed performance in which they were worryingly exposed at times yet fought back from 2-0 down to draw.

Tammy Abraham and Ross Barkley scored second half penalties for Frank Lampard‘s side.

Sportsmail‘s Rob Draper runs the rule over their final pre-season fixture before Chelsea take on Manchester United at Old Trafford. 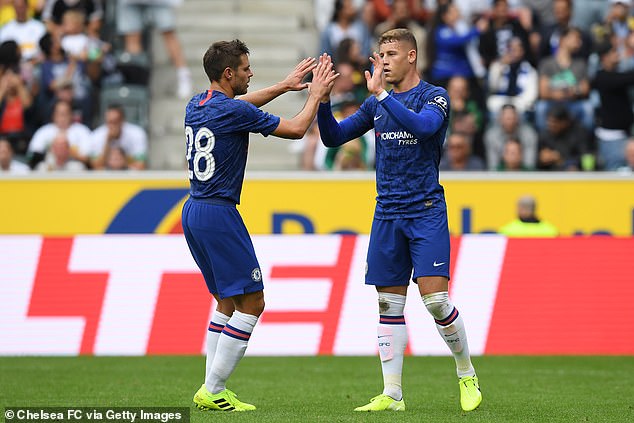 Chelsea must do better after they lose possession

Chelsea are going to press high, push on and be aggressively on the front foot: Frank Lampard will be an on-trend modern coach. Which is all well and good, but they look shockingly exposed in midfield in the first half. The sight of Jorginho running back, seemingly wading through marshland, is alarming.

A suspicion lurks that the sheer speed of transitions in the Premier League means he just isn’t suited to Chelsea. But it’s more than that. Chelsea were extraordinarily poor at re-setting themselves when losing possession in the first half. 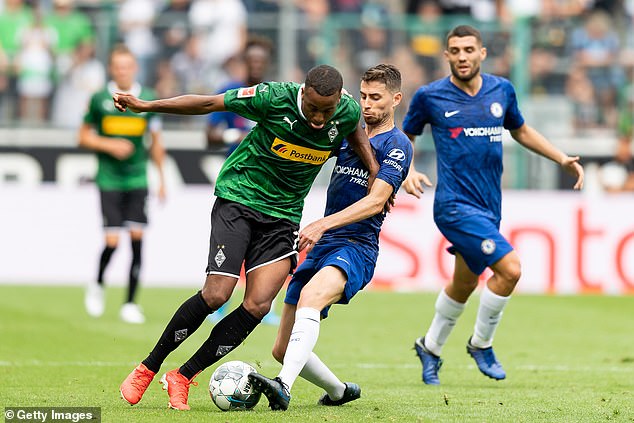 The second Monchengladbach goal scored by Jonas Hoffman saw Mateo Kovacic holding midfield all alone in front of the centre halves, with full backs and his midfield team-mates and wingers all having flown forward.

Marcus Rashford, Anthony Martial and Jesse Lingard will enjoy running into all that space next weekend at Old Trafford. Chelsea were much better in the second half.

Two penalties – one extraordinarily soft and the other legitimate – salvaged pride. But for Kepa’s fine save at the end from Keanan Bennetts, they might have thrown away their fightback. At times, they were far too open. 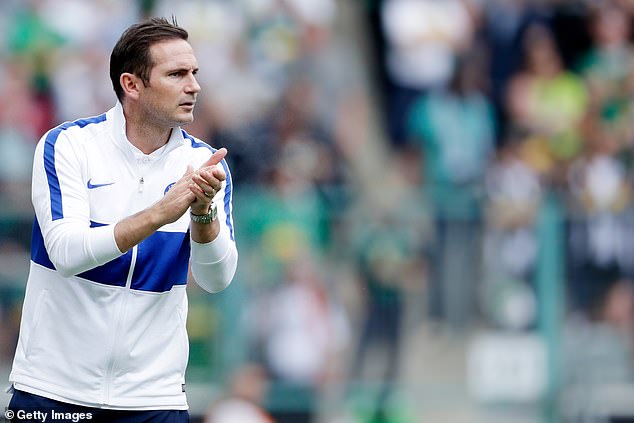 Given all of the above. N’Golo Kante can’t return soon enough. And after a summer in which the knee injury he played through in the Europa League final looked like hampering him long term, Lampard would have been delighted to see the Frenchman participate in the final 17 minutes here.

He looked about as sharp as you might expect from a man who hasn’t played for three months. But he was there. And you can rely on him, more than anyone. Lampard will feel reassured. 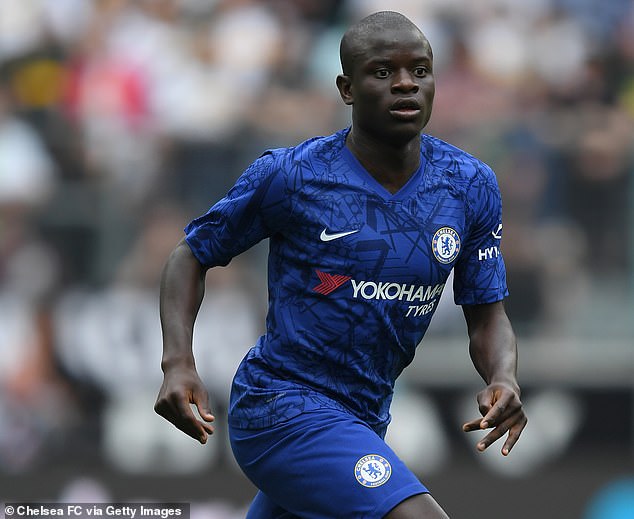 Tammy Abraham must show he can be clinical

Tammy Abraham has all the attributes be a great No 9. Yet he needs to score at least 20 goals this season to demonstrate appropriate direction of travel for his career. And the chance he missed in the 10th minute nags away.

His opportunism and positional awareness to snap up a deflected pass was first class. But with just Yann Sommer to beat, he allowed himself to be spooked by the Swiss keeper, who saved. Early chances define matches.

Likewise the rebound on 52 minutes, when Sommer’s save from Stefan Lainer’s deflection fell to him a few yards out. He couldn’t quite get his feet in sync quick enough to tap in. On 56 minutes, his strength and movement to create his chance was superb; the finish? Sommer saved.

So fair play when he stepped up for the penalty, awarded for a defender slightly brushing past Kovacic, who then collapsed to the floor. This time he beat Sommer decisively. He needs more of that. 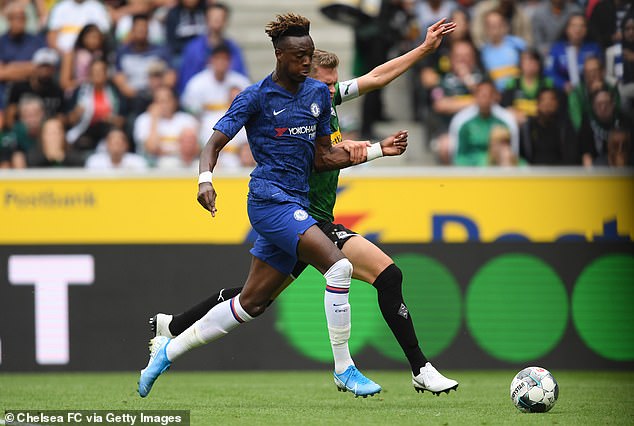 Mason Mount is knocking on the door

Mason Mount has been on set pieces for much of pre season and as such Lampard, having had that season at Derby with him, clearly trusts him. Whether that will be enough to command a first team place when Ross Barkley and N’Golo Kante are back remains to be seen.

Yet he has done all he can and did so again on Saturday. A Barkley-Mount combination in midfield would be just too gung-ho leaving even Kante too much work to do.

Yet Mount is full of energy in pressing and has lovely feet. It was his lovely swift change of direction which fooled Bennetts into conceding the late penalty, which Barkley scored off the post.

Mount invariably releases the ball quickly. You’re much more likely to be in a goal-scoring position once he’s delivered a pass than not.

That’s a great attribute for an attacking midfielder. He’s knocking on the door. 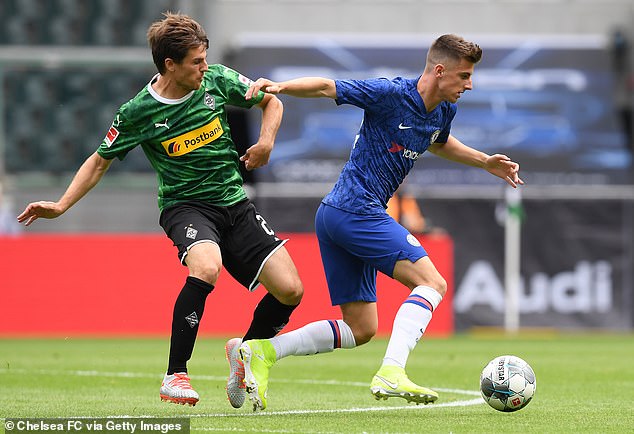 You might have assumed Kurt Zouma would be surplus to requirements at Chelsea, certainly once Fikayo Tomori returned from loan at Derby, where he played under Lampard.

But much to the chagrin of Everton fans, who would like him back, he’s battled his way up the playing order on tour.

That said, he still looks first or second reserve at Chelsea. How long David Luiz can survive is a moot point, but he has a two-year deal; Antonio Rudiger is on his way back and Andreas Christensen will be pushing hard for a first-team place.

This wasn’t the best afternoon on which to judge them: as detailed above, they were left desperately exposed.

Neither looked comfortable in the first half; both improved when the midfield positional structure was more disciplined in the second half. But Zouma presumably will back his chances to make the team rather than take a loan move. He seems to have had a good summer. 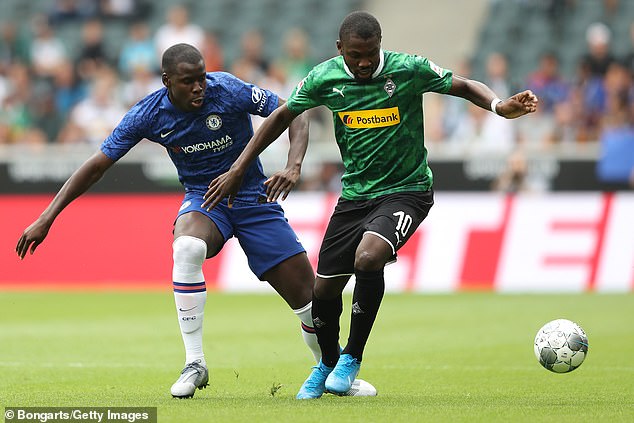 Get your FREE Premier League Wallchart in association with Sky Sports, only inside this weekend’s The Mail on Sunday